Last week we returned from an 11 day trip to the Caribbean, which included a 7 night cruise on the Carnival Liberty. We were pretty quiet about going on this trip – partially because I was slightly embarrassed to be going on a cruise (“you’re not the cruising type”), partially because we only booked it about a month ago,  and because we’ve been on a social media diet.

People we did tell were surprised, since it’s not our usual style of travel. We’re more ” go ride elephants people” than “lay on a ship lounger with a tropical drink people”. We don’t sit still much and we don’t like to do what everyone else is doing. “You’re going to be bored” we were told.

Like I said, we weren’t bored. On the ship we:

If anything, we were too busy! I didn’t sunbathe at all, or take the time to do any shopping.

The ship arrived in a new port each day, around 7-8am and we had to be back on the boat by 4:30p, so we tried to make the most of each day. You bet we were running down the dock at 4:28 on a few of the days!

Having basically a half day in a place doesn’t give you much time to really get to know the place, but we managed to: 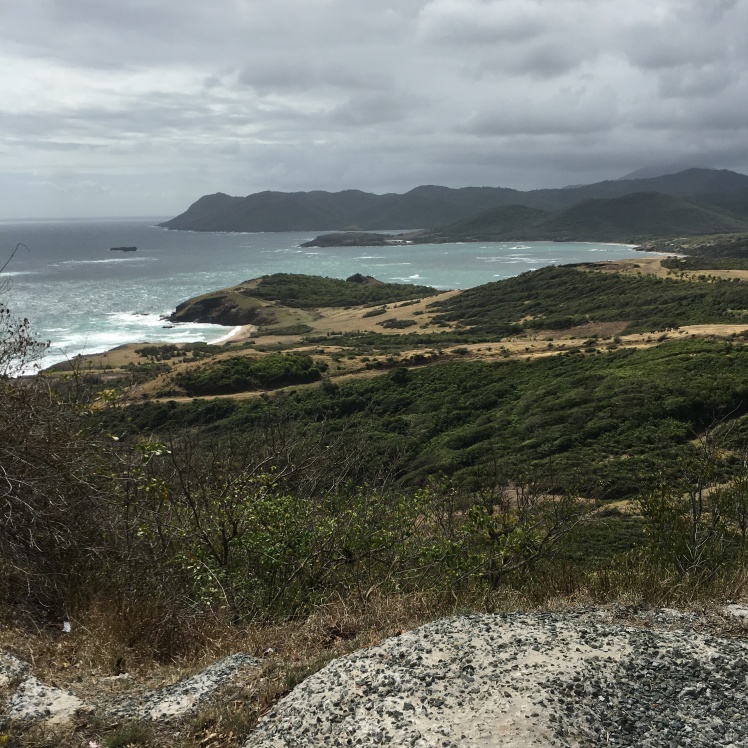 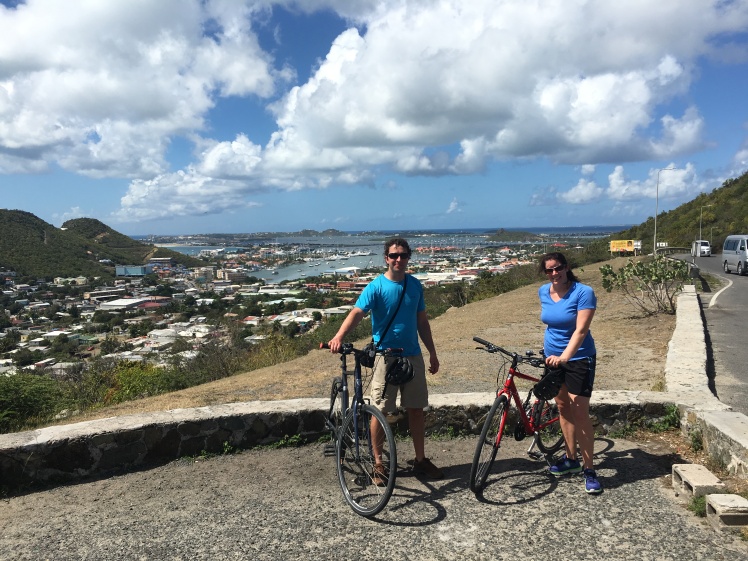 In a few places, we managed to grab a few cold beers (“Carib Beer” and “Piton Beer”) in the little villages that surround the cruise ship terminal. 2/$5 beers and $6 mojitos were a far better deal than the $6 beers and $9 mixed drinks on the ship!

We also tacked on a few days on each end in Puerto Rico, where we enjoyed going on a food/walking tour, visiting old forts, speaking Spanish, eating mofongo, and visiting 2 different caves.

We even found our own natural seaside swimming pool that we enjoyed for a good long time before heading to our isolated, treehouse-esque mountain retreat.

That’s the short version of a recap on our trip. Were we bored? No, I don’t think so. If anything, we were too busy (enjoying ourselves). Look for the next blog entry, which will be more about advice for others, and our experience of being “not really cruise people”. 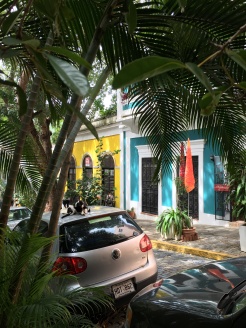 The San Cristobal fort, with El Morro in the distance 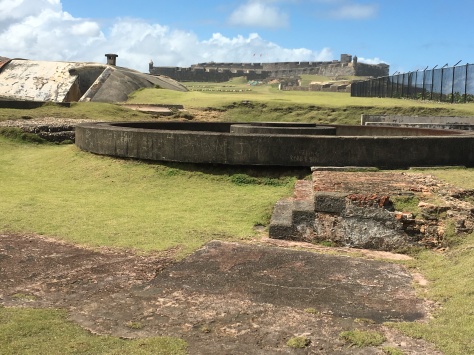 A flying fish caught in the fishmen’s net 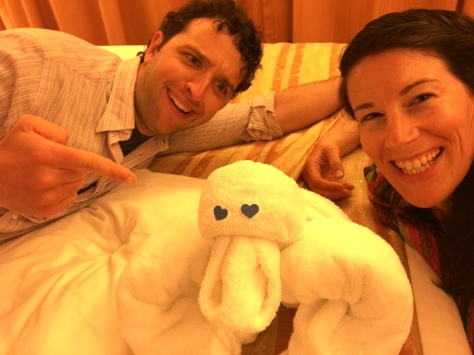 We got towel animals every night!

Cave drawings in Puerto Rico at the Cueva del Indio

Our own personal ocean pool! 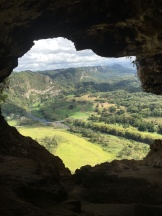 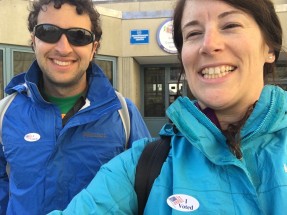 We stopped at the polls on our walk home to vote

2 thoughts on ““You’re Going to Be Bored”: Our Caribbean Vacation”